All over the internet: Jil Sander would be letting go our favourite Belgian and talented designer Raf Simons. 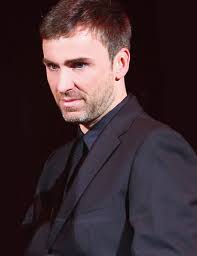 After nearly seven years as creative director of Jil Sander, Raf Simons is leaving the Milan-based company, according to a joint statement issued by the Jil Sander Group and Mr. Simons.

He will present his fall 2012 collection on Saturday, but will step down on Monday.

The statement said an announcement about his successor will be made in a few days.

Rumors of Mr. Simons’ departure have been circulating for the past day or so. At the same time, there have been unconfirmed reports in the media, mainly on Twitter, that Jil Sander is returning to the brand that she founded.

In December, there were media reports that Mr. Simons had had discussions with Dior about becoming creative director of the Paris house.

Will we be seeing Dior dresses in a Simons-ish way in the future? Must be exciting times for the designer. And for us ofcourse…

Hello! My name is Marlies, a 29 year old PR Manager/Blogger from Belgium, who loves life, travelling, fashion and all things magical. Click here to read more...

Nice to meet you!